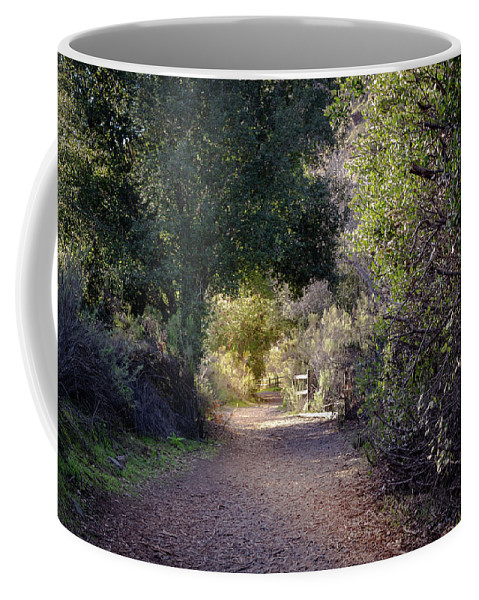 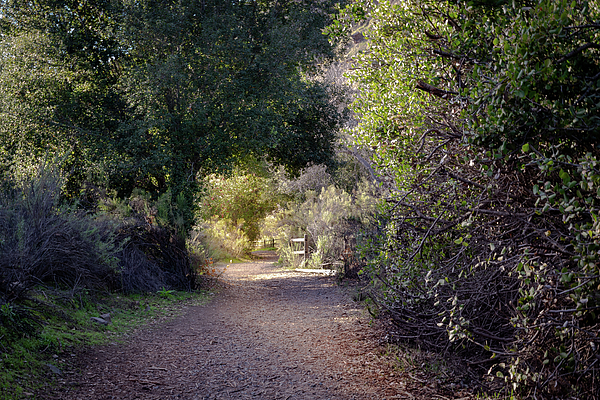 Boundary: Bleed area may not be visible.

Click and drag to re-position the image, if desired.

The image is near the edges of the product but doesn't cover the entire product.   Some of the background color may appear around the outside edges of the image.

Our ceramic coffee mugs are available in two sizes: 11 oz. and 15 oz. Each mug is dishwasher and microwave safe.

This is simply beautiful! L/F

A nice wide trail, but winding and fanciful as well.

What a beautiful visual invitation for a walk! L/f

In a world where there are rules to comply with, directions to follow and deadlines to be met, it's nothing short of liberating to work in a creative environment where I have complete and total artistic freedom. Nature walks and simply observing the world around me at my leisure, enables me to produce images that convey a sense of calm, beauty and joy. I'm a native New Yorker who spent many years in Hawaii before moving to my current home in Southern California. Follow me on my Naturali Images Facebook page. -https://www.facebook.com/naturaliimages/ Visit my website at NaturAli Images - www.Naturaliimages.com