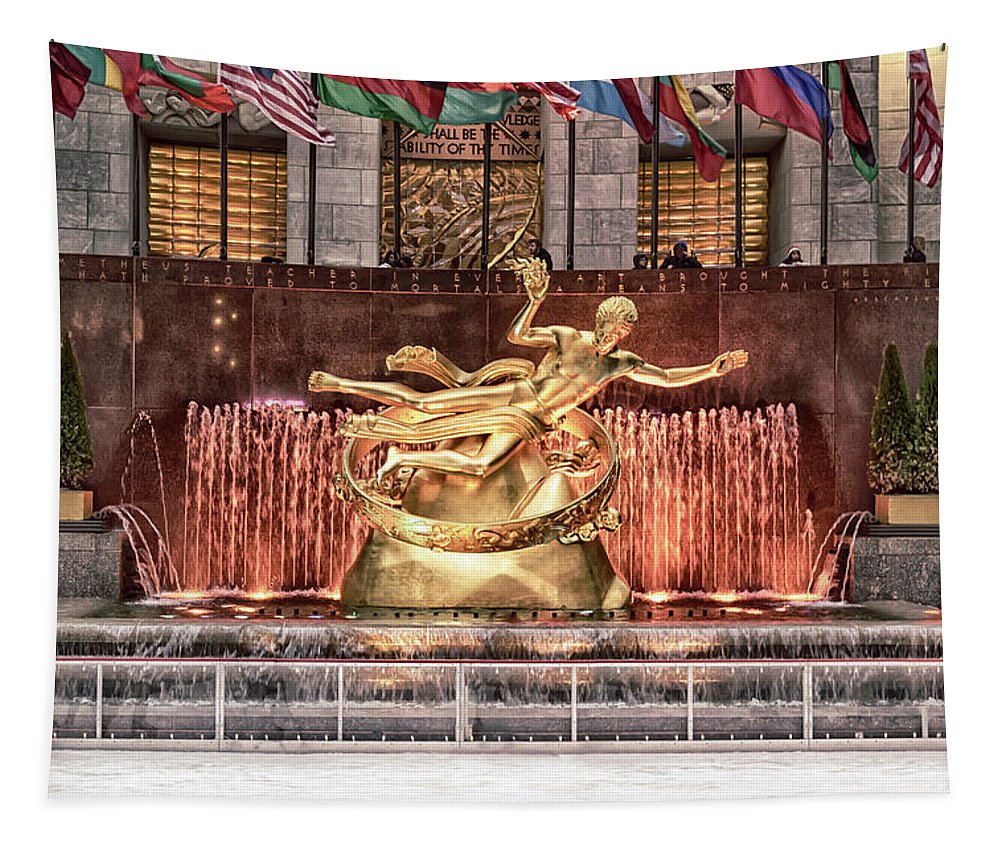 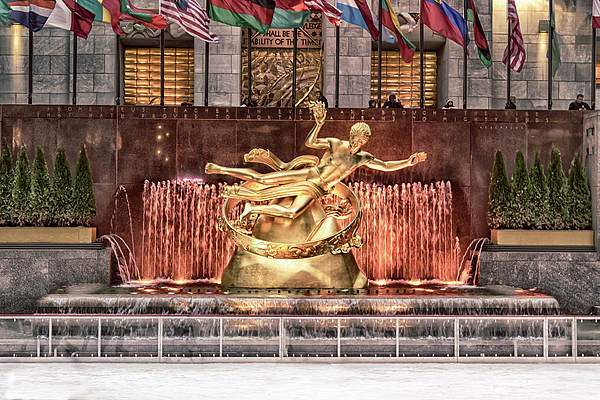 Boundary: Bleed area may not be visible.

Click and drag to re-position the image, if desired.

The image is near the edges of the product but doesn't cover the entire product.   Some of the background color may appear around the outside edges of the image.

Our lightweight, microfiber tapestries are available in three different sizes and feature incredible artwork to complement any wall space. Each tapestry has hemmed edges for secure hanging with nails and/or thumbtacks.

Prometheus is said to be the best-known sculpture in Rockefeller Center and the most photographed monumental sculpture in all of NYC. Created by... more

This is beautiful, Alison!!

Ah, thank you Diana. I miss the city!

Prometheus is said to be the best-known sculpture in Rockefeller Center and the most photographed monumental sculpture in all of NYC. Created by famed American sculptor Paul Manship, who held a great fascination for mythological subjects and events, it has become the main attraction of the Lower Plaza. Its central theme is best stated by the quote that’s carved in the red granite wall behind him, taken from the sixth-century B.C. Greek dramatist Aeschylus: “Prometheus, Teacher in Every Art, Brought the Fire That Hath Proved to Mortals a Means to Mighty Ends.”

In a world where there are rules to comply with, directions to follow and deadlines to be met, it's nothing short of liberating to work in a creative environment where I have complete and total artistic freedom. Nature walks and simply observing the world around me at my leisure, enables me to produce images that convey a sense of calm, beauty and joy. I'm a native New Yorker who spent many years in Hawaii before moving to my current home in Southern California. Follow me on my Naturali Images Facebook page. -https://www.facebook.com/naturaliimages/ Visit my website at NaturAli Images - www.Naturaliimages.com