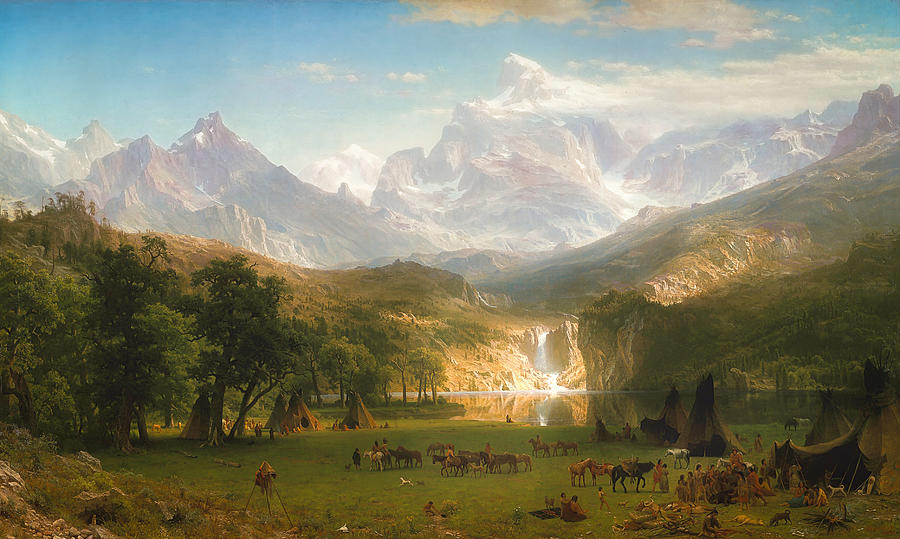 By Albert Bierstadt, 1863. This was one of a number of large works painted after Bierstadt's return from his travels out West. It was completed in 1863, exhibited to great acclaim, and purchased in 1865 for the then-astounding sum of $25,000 by James McHenry, an American living in London. Bierstadt later bought it back and gave or sold it to his brother Edward. Bierstadt is best known for his sweeping, lavish paintings of the American West.

Congratulations on your successful sale!